Deal Reached With China on ADRs is Being Treated With Caution

While U.S. stocks plunged during Fed Chair Powell’s address at Jackson Hole last Friday (August 26), shares of Chinese shares trading on U.S. exchanges were lifted. The reason was a standoff between the Securities and Exchange Commission (SEC) and China Securities Regulatory Commission (CSRC) under the U.S. Holding Foreign Companies Accountable Act (HFCAA) had just improved its chances of being settled. The agreement would avoid a mass delisting of Chinese stocks. This initially lifted most Chinese ADRs.

Last Friday, a light of hope in the US-China audit conflict was seen as authorities from both sides reached a preliminary agreement to allow American regulators to inspect audit documents at accounting firms in Hong Kong and mainland China. The preliminary agreement caused a celebratory rally in the affected securities, the arrangements still have to be tested and successful.

The constant uncertainty since the Spring of whether up to 150 Chinese companies trading on U.S. exchanges would have to find another primary exchange, such as Hong Kong, has been causing increased volatility among the shares. There may still be some unseen hurdles, but the odds now seem much better that the SEC, the Public Company Accounting Oversight Board (PCAOB) in the U.S., and Chinese authorities will bend to each other’s expectations.

What is the PCAOB’s Role?

The PCAOB inspects and investigates registered public accounting firms in more than 50 jurisdictions around the world under its mandate under the Sarbanes-Oxley Act. However, for more than a decade, the PCAOB’s access to inspect and investigate registered public accounting firms in mainland China and Hong Kong has been obstructed.

In 2020, Congress passed the Holding Foreign Companies Accountable Act (HFCAA). Under the HFCAA, beginning with 2021, after three consecutive years of PCAOB determinations where positions taken by authorities in the People’s Republic of China (PRC) obstructed the PCAOB’s ability to inspect and investigate registered public accounting firms in mainland China and Hong Kong, the companies audited by those firms would be subject to a trading prohibition on U.S. markets.

The trading prohibition would be carried out by the SEC and would apply to companies the Commission identifies as having used registered public accounting firms in mainland China and Hong Kong for three consecutive years.

In 2021, the PCAOB made determinations that the positions taken by PRC authorities prevented the PCAOB from inspecting and investigating in mainland China and Hong Kong completely. 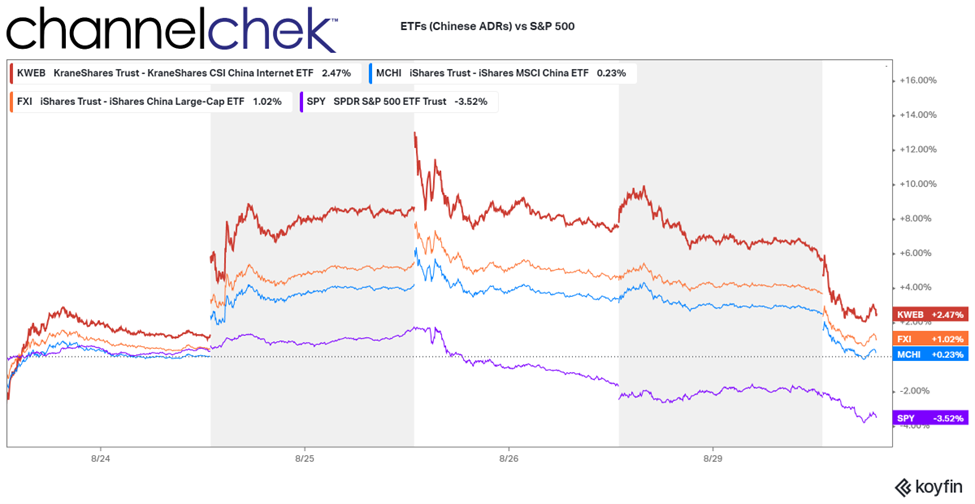 In an announcement by the US Public Company Accounting Oversight Board (PCAOB), chair Erica Williams announced, “On paper, the agreement signed today grants the PCAOB complete access to the audit work papers, audit personnel, and other information we need to inspect and investigate any firm we choose, with no loopholes and no exceptions. But the real test will be whether the words agreed to on paper translate into complete access in practice.” The announcement goes on to list three ways inspections will be allowed in a Statement of Protocol:

The China Securities Regulatory Commission (CSRC) and Ministry of Finance would give sole discretion for access, procedures to view documents, and direct access to all related personnel taking part in the audit inspections.

By most standards, this would appear to be a completed deal, something the companies and U.S. investors could truly celebrate. But all reports by U.S. officials, including an interview with SEC Chairman Gary Gensler, had with CNBC, sound tentative. Even the tone of the PCAOB statement indicates caution about a successful outcome with concerns over compliance by China.

“On paper, the agreement signed today grants the PCAOB complete access to the audit work papers, audit personnel, and other information we need to inspect and investigate any firm we choose, with no loopholes and no exceptions,” Williams said. “But the real test will be whether the words agreed to on paper translate into complete access in practice. Now we will find out whether those promises hold up.”

In China, the CSRC also sounded unsettled, stating that delistings in the U.S. can only be avoided if further cooperation can meet the “respective regulatory needs” of both sides.

Goldman Sachs Group Inc. said markets are now pricing in a 50% chance of Chinese companies being delisted from U.S. exchanges, even as the two nations reached a deal to resolve the long standoff over audits. The coin toss odds are a dramatic improvement over the 95% chance of failure Goldman said the markets gave success back in March.

In terms of loss of value if it eventually fails, Goldman’s odds makers said in the best-case scenario of no delistings, they forecast an 11 percent and 5 percent gain for Chinese ADRs and the MSCI China Index, respectively. And in the event of a forced delisting, the firm estimates a 13 percent and 6 percent fall, respectively.

What if the Agreement Does Fall Apart?

A total of 52 out of 261 US-listed Chinese firms currently do not qualify to go public in Hong Kong due to insufficient market capitalization, revenue, profit, and/or operating cash flow. If delisted, there will be extra demand for capital to buy back shares from smaller shareholders, which could cause liquidity pressures.

Chinese authorities have been making inroads to access other markets, such as Zurich and London, with the intent to establish more avenues in other European countries, including Germany. Nonetheless, Hong Kong is expected to remain as China’s main offshore market and the prime beneficiary of any US delisting.